We have now, for the past few weeks, worked on the Victorian era.  During this time we have looked at novels such as Pride and Prejudice and Dr. Jekyll and Mr. Hyde, and poems like Dover Beach and The importance of being Earnest. I have also learned a lot about the victorian society during this period, and how the society at the often reflects in the literature from this era. Also, I have looked more closely at an author from this era, Charles Dickens, and

What I liked the best about this period was reading all the novels. I think the Victorian era might be my favourite one out the eras we have worked with so far. Working with Pride and Prejudice, and watching the movie, was one of the highlights. I was already familiar with the story, and I enjoyed looking more in debt on the characters and the story itself.

What I liked the least might be working with the poem Dover Beach. I still, in afterthought, do not really get or understand the poem, even though we have discussed and analysed it in plenum. It was way to hard for me to understand or interpreted, and I couldn´t explain it if someone were to ask me about it.

The most important message in the story is that you should not judge a person based on first impression, but get to know them. There are many examples of this in the story, of course first and foremost Mr Darcy and Elizabeth, but also, for instance Mr Wickham. When Mr. Darcy and Elizabeth first met Elizabeth saw him as this prideful and arrogant person. He turned out to be different then what she expected. Mr. Wickham, on the other hand, at first seemed like a nice guy, who we, including Elizabeth, almost feel bad for. He turned out to be the opposite.

We can tell that this novel is a novel of manners because the book reflects on gender rules of the time, and social classes and their habits. We see Elizabeth and her family, and their situation and life. But, we also get an inside on the life of the wealthier upperclass, Mr. Bingley and Lady Catherine.

My favourite secondary character must be Mr. Bennet. I love the characters humour and irony, but also he seems to have the same values as Elizabeth. He is concerned for her happiness, and seems to realise the ridiculousness of his wife´s desires to marry their daughters of as quickly as possible. I also like how he is so

I think Pride and Prejudice continue to be popular and relevant today, 207 years after it was published because of themes we see, and we can still learn a lot from the characters, and be inspired by them. For instance Elizabeth, who shows that she is a woman who can makes her own desicons despite what socitey expects from her. Also, its a classix loc 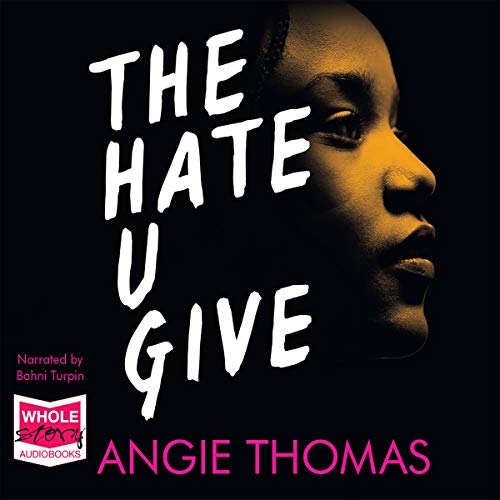 The first thing that stood out to me when reading the first chapter, was the opening sentence, “I shouldn´t have come to this party.” The sentence is a foreshadowing on what is about to happen, and left me very curios even though I did know what was going to happen. In the first chapters we are introduced to the main character in the book, Starr, who seems like a very responsible girl, who is not used to going to parties because she has strict parents. She is conscious and careful, and very aware of things and situations. This book is written in her perspective, so we get her thoughts and views.

In chapter one we are also introduced to Khalid, who is Starr´s childhood friend. He is more outgoing and seems very caring when he is around Starr. But, he is involved in some shady business, which I am guessing might revolve around drugs, because of the way Starr reacted when they talked about it. The turning point, where Khalid is killed by the police, happened quicker than I expected. That makes be curios on what the rest of the book will be like and consist of.

The scene where Khalid was killed, and we se Starr´s thought leading/building up to the moment when the shots were fired, was what left the biggest impression on me. The fact that she was very aware of all the thing she should not do, but Khalid is does. Is like its intergreted in her. “Khalid breaks a rule – he doesn´t do what the cop wants.” “It´s not smart to make a sudden move. Khalid does.”

What consequences does these results have for the future of the UK regarding Brexit? I think Brexit will go through, and that there will most likely be a no-deal Brexit, because Boris Johnson seems quite keen on getting Brexit over with. Hopefully the exit from Europe will be a gradual process.

I also suspect that there might be a new referendum in Scotland regarding whether or not they want to continue to be a part of the UK.

“The Tell-tale Heart” by Edgar Allan Poe is a short story written in 1843. The title of the story can refer to how the main character in the story always seems to hear, whenever something is about to happen and he gets stressed, heart beats. At the very ending of the story, its the heart beats he hear that makes him confess the murder of the old man with the vulture eye. So “The Tell-tale Heart.” I think it is a very good title, because it fits the story. The heart gives him away.

Poe´s opening sentence “TRUE – nervous – very, very dreadfully nervous I had been and am; but why will you say that I am mad?” is foreshadowing, because he is referring to something that its about to happen. Poe starts by directly put us, the readers, in the mind of the narrator, and gives us an idea, or an impression, of how the rest of the story will be. The sentences also suggest that the narrator might be in denial of what he is about to tell. That he is just “very, very dreadfully nervous […]”

Why horror films and stories of the macabre and supernatural have such a strong appeal even today is that its timeless. Poe´s short story could have basically been written today, and nobody would know.

What about Poe´s story can be described as Gothic because the narrator’s madness its what drives the story. 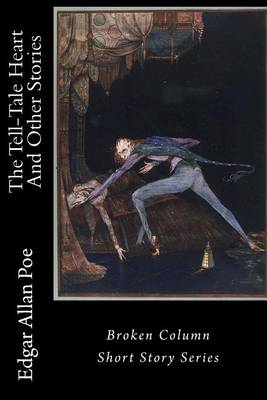 The American Constitution is the supreme laws of the US, and establishes America´s national government and fundamental laws of the U.S federal system. It was signed on September 17, 1789. Its purpose was to revise the weaker Articles of Confederation that had held the 13 states together after they gained independence from Britain.

Under the first governing paper each state had a separate countries because the national government was weak. In 1789, delegates during the convention, devised a plan to make a stronger government with three branches.

A few years after the Revolutionary War, James Madison, Alexander Hamilton, and George Washington feared that their young country was on the brink of collapse. In America’s first constitution, the Articles of Confederation, it gave the Confederation Congress the power to make rules and request funds from the states, but it had no enforcement powers, couldn’t regulate commerce, or print money.

“1. Neither slavery nor involuntary servitude, except as a punishment for crime whereof the party shall have been duly convicted, shall exist within the United States, or any place subject to their jurisdiction.”

This Amendment formally abolished slavery. It states that slavery and involuntary servitude is illegal, except as a punishment for crime.

Voting Rights for Men and Women

This Amendment was ratified August 18th, 1920. It provides both men and women with equal voting rights. It prohibits the state and the federal government from denying the right to vote on the basis of sex. There had been several attempts to pass it before that, but it failed until 1919. The amendment were initially introduced in 1878. 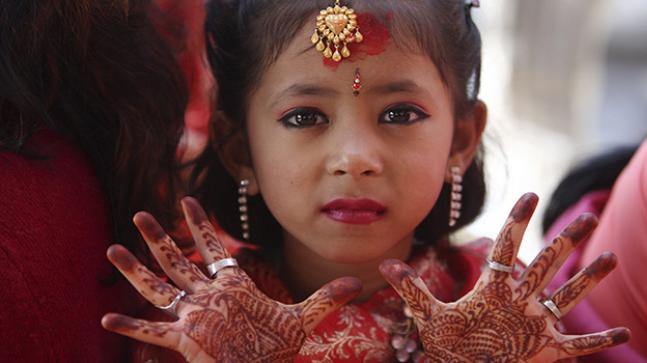 Some of the reasons for child marriage being so widespread in India are poverty. Child marriages are more common in households that are poorer and of lower social classes. The parents lack money and girls are often seen as an economical burden and an expense. By marrying their daughter they reduce the burden. In many cases marrying a girl of is to secure their future. This is very common or relevant in Indian because of the caste system.

Traditions and norms are also a big reason for child marriages. People in India tend to favour and follow the religious costumery laws rather then the laws of the country. Technically marriage under the age of 18 has been illegal in India since 1929, but it is still widespread in India for this very reason. People rarely reports cases to institutions. There is also a social pressure to marry young. Many of them have been engaged and promised in marriage since before they were born to secure their future.

Also, the girls get limited education, and drop out of school. Girls are often kept from school . This is robbing girls of their rights.

There are many terrible effects of girls marrying young. For instance that it effects the girl´s health. It increases risks for sexually transmitted diseases, like HIV and AIDS. The also have a increasing risk of death during childbirth, and premature birth because the girls are so young when they have children of their own.

Also the girls being married of drop out of school, and are deprived of their rights because they are seen as only a piece of property. Many of them experiences domestic violence from their husbands.